Another one of my all-time favorite artists has finally been crossed off the list as I was able to catch Morrissey live after so many years of worship from afar. 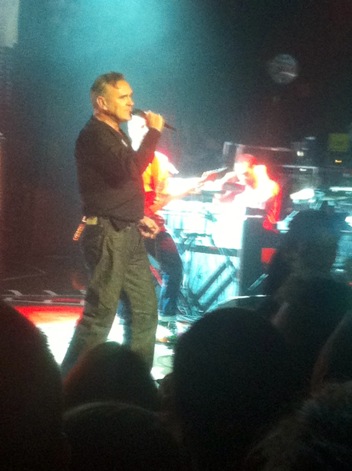 The enigmatic Kristeen Young opened the night and I was struck by how interesting and talented a vocalist she is.  I am basically a neophyte when it comes to her music and I couldn't name a song she played last night during her 30 minute set.  But I will say that I was extremely impressed and will be exploring her catalogue of recordings in the near future and get myself appropriately immersed.  (One note, the venue were complete Nazi's about photography and such so I couldn't use a "real" camera to take pics and had to sneak them on my cell phone, so I apologize for the lack of pics of Kristeen Young and the crappy images I have of Morrissey)

Finally one of my all-time emotional and musical icons took the stage and the entire venue went crazy.  I can't think of a time when I have heard a longer, more sustained cry of excitement from an audience.  I practically went deaf.  Morrissey was just as amazing in real life as I had hoped, if not better.  His banter with the audience was natural and displayed his vast experience.  His set comprised of several key classics like Every Day Is Like Sunday and National Front Disco as well as newer gems like Ganglord, The World Is A Pig Sty and I'm Throwing My Arms Around Paris.  His set featured a fair amount of new songs like World Peace Is None Of Your Business, The Bull Fighter Dies, and Earth Is The Loneliest Planet.  Much to my (and the audience's delight) he also touched on his The Smiths days with such stables as Hand In Glove and the horrifying and saddening Meat Is Murder (It was horrifying and saddening due to the video of the terrible treatment that animals in the food industry are confronted with).  After the crowd reached a crescendo Morrissey returned for a 2-song encore of The Smiths classic, Asleep and the captivating First Of The Gang To Die.  I left the venue feeling excited, elated, and exhausted.  It was a beautiful experience and Morrissey was in top form as his vocal delivery was spot on and the instruments had power and clarity. 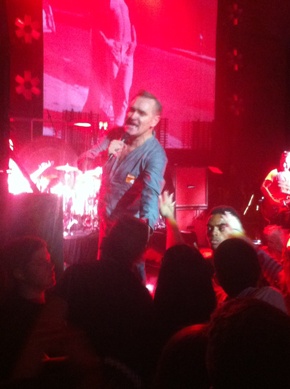 Additionally, here is the setlist as far as I can remember it, in no real order, except the Encore.  I am sure I am missing a couple songs though:

Ganglord
Meat Is Murder
The Bull Fighter Dies
The World Is A Pig Sty
Hand In Glove
I'm Throwing My Arms Around Paris
The Youngest Was The Most Loved
World Peace Is None Of Your Business
Earth Is The Loneliest Planet
Every Day Is Like Sunday
National Front Disco
Yes, I am Blind
Touble Loves Me

Asleep
The First Of The Gang To Die 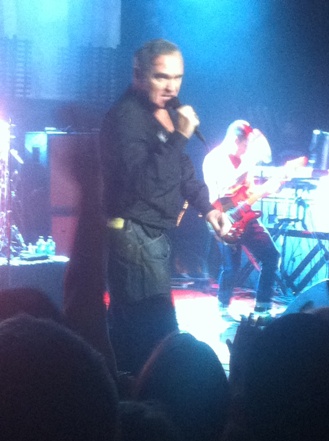 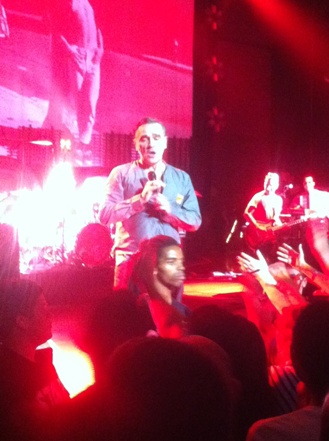